After assistance and welcoming in Tangier-Airport, Morocco Culture Travel and Tours team will take you to live your priceless experience in Morocco Exploring the most fascinating cities . 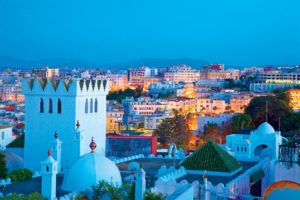 Day 1 – From Tangier To Asilah-Tetouan

After a warmed welcome by Morocco Culture Travel Team in Tangier-Airport, you will set out your journey to discover the three  oldest cities in the north of Morocco, Tangier-Asilah and Tetouan.
Tangier is considered as an ancient diplomatic capital, and as one of the most outsanding summer-vacations in Morocco, also it is the main African gateway  to Europe (only 15 km  from Spain).
Uncover the fishing port and the fascinating old medina in Asilah , afterwards, heading off to see the wonders of Tetouan-medina, it is surrounded by 5 km of walls and appears as one of the smallest cities in  the kingdom but it has  a typical Moorish architecture, since 1997, it was and still considered as an International Heritage by the UNESCO.

Dinner and overnight at Your Riad / Hotel in Tanger City. 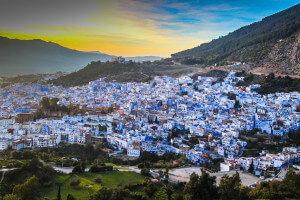 Day 2 – From Tangier To Chefchaouane

After Lunch, you head off to Chefchaouane to explore one of the most beautiful cities in Morocco, and one of the stunning villages in the feet of Rif mountains, chefchaouen’s medina has a Spanish-style square surrounded by many funky arts and crafts stores, roof-top restaurants and coffee-houses

Dinner and overnight at Your Riad / Hotel in Chefchaoune. 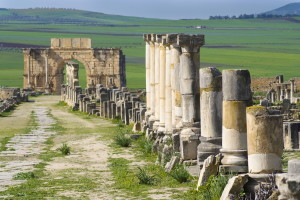 After an early breakfast, you will set out to the ancient Roman ruins of Volubilis, where you will explore the 2000-years-old ruins. After lunch in Moulay Idriss, one of the holiest villages in Morocco, our professional- team will take you in guided-tour to uncover the wonders of Meknes city, famous for its 16 miles of protective walls, mosques and magic palaces such as Moulay Ismail Palace.

Dinner and overnight at Your Riad / Hotel in Fes City. 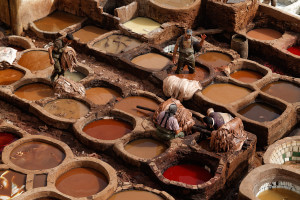 An entire day sightseeing in Fes, the oldest Imperial Cities, you will visit the medieval Medina and  the Karaouiyne Mosque, whose central aisle is embellished with elaborate floral and Kufic script carved into the plaster and the colorfully tiled Nejjarine Fountain.

Don’t miss out  the fascinating Islamic universities including the Abou Anania and the Attarine.
Dinner and overnight at Your Riad / Hotel in Fes City. 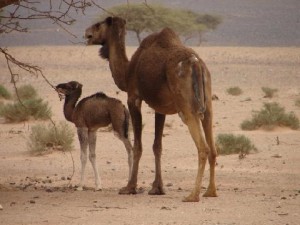 After breakfast you head off to Tafilalet, well-known for its Ksours and Kasbahs, through Middle Atlas Mountains and Ziz Palm’s Oasis you will reach Sijilmassa’s ruins, where you will have a typical lunch with a special food made locally (Medfouna or Berber-Pizza), then taking the road to the dunes of Merzouga desert by a luxury 4*4 . Moreover you will be greeted with a glass of tea and have time to wander the dunes before the sunset
Dinner, Berber music show and overnight at Merzouga Luxury Desert Camp. 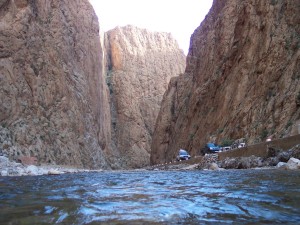 You will wake up early to see the spectacular sunrise over the dunes before getting your way back to have a shower and breakfast in the Kasbah-hotel. Through the palm’s valleys of Tourog and Tinjdad you reach Todra Gorge’s marvels.
Dinner and overnight in Dades Gorges. 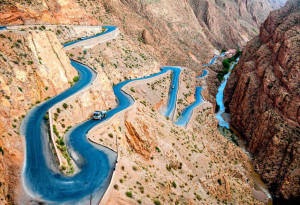 Day 7 – From Dades Gorges To Marrakech

After breakfast, the entire day is devoted to  visit Ouarzazate, via roses valley and  skoura oasis , you will reach ouarzazate, then our professionel team will take you in a guided-trip to uncover Ait Ben haddou’s Kasbah, Taourirt Kasbah and Cinema’s Studio.

Dinner and overnight at an authentic Hotel / Riad in Marrakesh 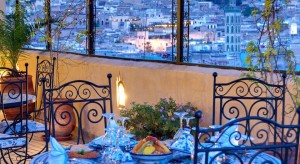 Marrakesh is blending Berber traditions with Arab renaissance and Western influences. Visit the Tombs of the Saadien Kings, Dar Si Said Museum, housed in a 19th century palace; the Agdal and Menara Gardens, and the Koutoubia Mosque.

Exploring the Bahia and Bedii Palaces, the tanners’ and dyers’ quarters. Finally strolling in the Djemma El Fna Square that entertain people from anywhere, it is a home to spice sellers, storytellers, snake charmers, fire-eaters, acrobats, musicians.

Dinner and overnight in a deluxe Hotel / Riad 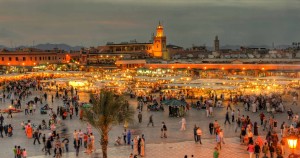 Breakfast at the hotel then you will move to Marrakech airport in order to take your flight on time. 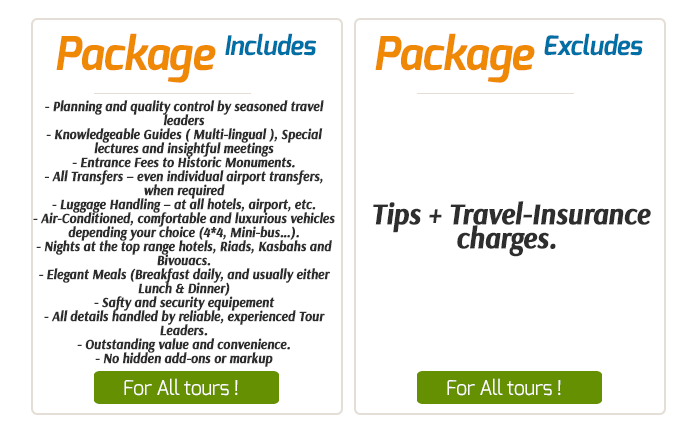 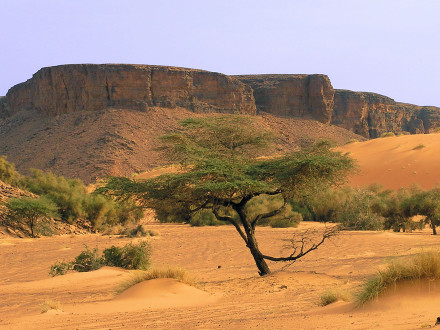 This is one of the most popular and classical Marrakech desert tours absolutely to have a unique and amazing ... View more 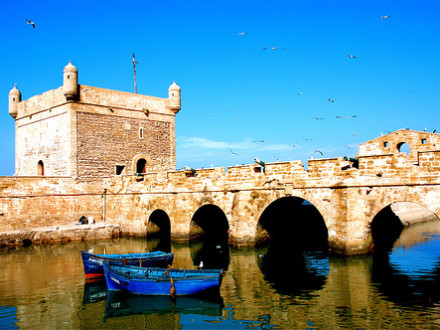 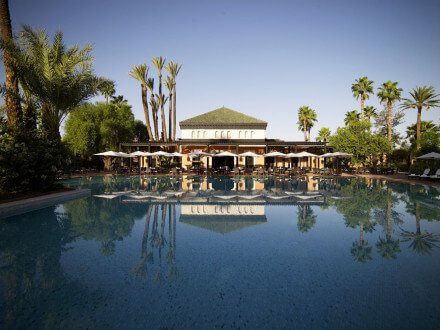 It will be our pleasure to design unforgettable trips and suitable safaris to let you explore Paradisiacal Ga... View more 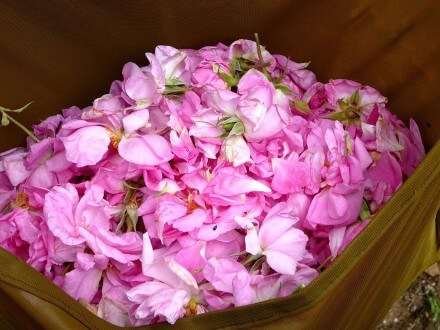 Morocco has always been, and continues to be a destination of flowers Festival each year, to take advantage f... View more